I’ve decided to add a regular feature: “things” of the month as we travel around – from TV shows we’re watching to highlights of our travels!

PHOTO OF THE MONTH

Me and the koala, obviously.

My go-to website for finding cheap flights. I usually check Kayak as well but I find them to be either the same or a couple of quid more. They are the fastest-growing company in Scotland which is seriously impressive, and they are currently adding more worldwide offices to their already-strong force.

As a comparison website, they have fantastic flexible features, including the option to select “anywhere”! And their app is just as good; a must-have on your tablet or phone.

ALBUM I’VE BEEN LISTENING TO

Well I thought I’d start with an Australian band. You could call 5SOS a guilty pleasure of mine. Except I’m not guilty at all. I full on loved their debut album last year and it never fails to put me in a good mood. A self-confessed Busted fanatic, it’s not hard to see why I like these guys! But this album? It’s taking me longer to love. It’s a bit too polished and a bit too pop (think One Direction, bleurgh). I haven’t listened to it as much as their debut, but a few of the songs are already growing on me. Joel and Benji from Good Charlotte have penned a few of the tracks with them, and it definitely shows!

I’m a year late to the party, but we sped through the entire first season of The Flash in around a week – just in time to start the new season! I LOVE The Flash, and I prefer it to what we’ve seen of Arrow so far. Where Arrow feels like a real drama, The Flash is more fun and therefore much more comic book-like. Plus I love all the characters (except Iris, Iris is a whiny bitch); even the villains are cool. Harrison Wells is probably one of the more interesting characters on TV at the moment, and to anyone who watches the show – who DOESN’T love Cisco?! Highly recommended if superheroes and comic book characters are your thing!

Bill Bryson – Down Under

I adore Bill Bryson’s writing and I can only hope to be half as good as him one day. His tales of travel and life are always entertaining and he makes even the most mundane tasks sound fascinating. So it seemed appropriate that I finally delve into his Australia book, and I can safely say I’m loving it!

WHAT’S IN MY SUITCASE?

Every month I’m going to recommend something I’m glad I’ve packed. This month, I’m keeping it simple but practical: this cute laundry bag! Who knew a laundry bag could be called “cute”? And who on earth thought you could actually receive compliments on one?

Well here you go, this Kikkerland laundry bag ticks all those boxes!

As Hallowe’en is upon us, I’ve been up to a few things! Last weekend, we took a trip to Movie World on the Gold Coast for one of their annual Fright Nights! It was fairly similar to Halloween Horror Nights at Universal last year. We walked through smoke as people jumped out of us, I was followed relentlessly by a creepy lady with a crystal ball, we decided NOT to go into the panic rooms (because my friends are wimps!!), but we did go on the Scooby Doo spooky coaster many times.

The highlights, though? Taking a selfie with a zombie clown in between a few of them making fools of themselves in front of everyone (what a job!)… 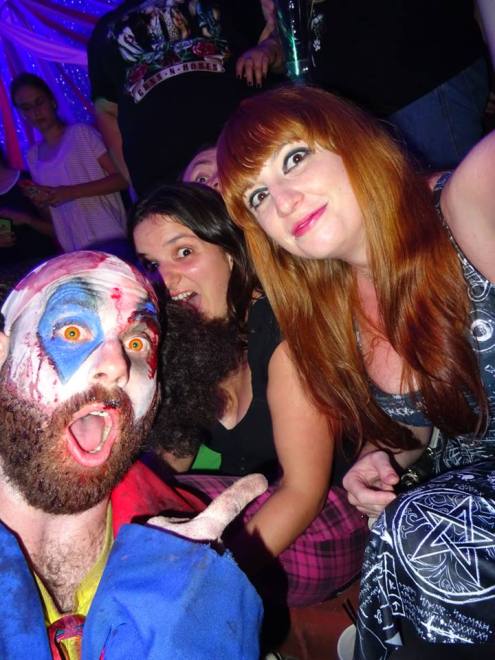 …and then ending the night with a full-on street rave with them and Lucifer. 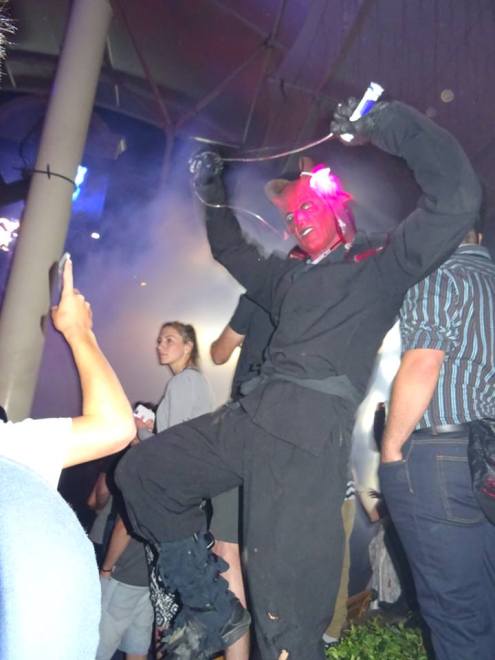 Last night, I went to the Ben & Jerry’s Open Air cinema with a friend to see Edward Scissorhands. It was the first time I’ve actually seen the movie in full (I’ve always caught bits of it on TV) and I really enjoyed it. Plus, ice cream.

And tonight, we’re celebrating by going to one of our favourite Brisbane haunts, which will be decorated as a crypt! I’m going dressed as Jigsaw!

Are you doing anything awesome for Hallowe’en?