It’s a month since I arrived in Vancouver, bleary-eyed after four flights and not-at-all-ready for my new Canadian adventure. I didn’t even know if I was going to come – even after I’d handed in my notice at work, I had no idea if it was the right thing to do and I ended up having one of my biggest screw-it moments of my life, by leaving the country three days after leaving my job. (People always said I was crazy; now I can believe it.)

Making decisions can be difficult, and this was one of the toughest I’ve had to make. 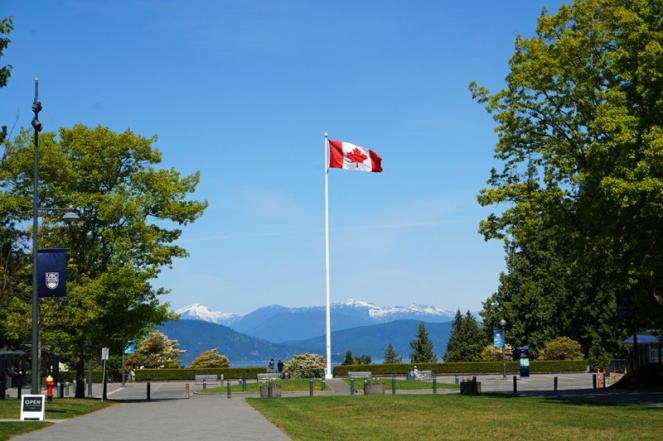 I’m pleased to say it couldn’t have gone better!

I arrived at the PERFECT time. The weather was just getting better (really – I’ve had one day of rain since I’ve been here, after just missing a month straight of it), everywhere is hiring, all the hostels were looking for seasonal workers, and a little bonus: for the whole month of May, anyone working in the tourism industry in Vancouver can take part in the “tourism challenge”! Which of course I’ve been absolutely bossing. 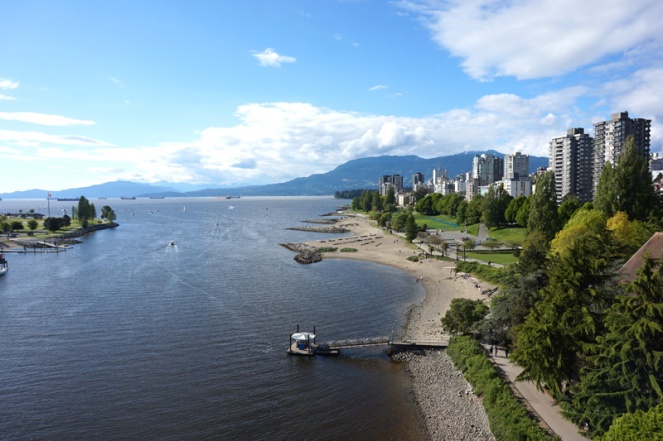 I got a job within a week, and a place to live within two. I spent my first couple of days in a hostel, and found it kind of tough because everyone was just passing through and I didn’t feel like I was making any connections. I didn’t see any of my Vancouver friends for three or four days, and when I finally did see my good friend here, it was at his work and he seemed really distant. (It’s okay, I’ve seen him plenty of times since!)

The time difference was also a huge struggle; not just for my jetlag, but for keeping in touch with people at home. Simply put, I was suffering the basic solo traveller syndrome: loneliness. 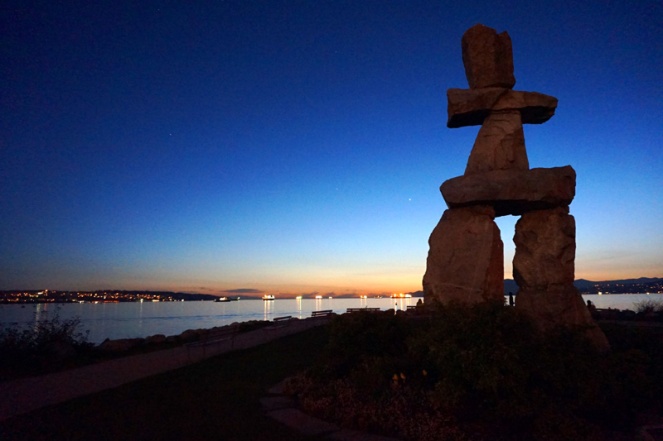 After the hostel, I stayed with a couchsurfer who forgot to meet me and I almost missed a job interview. Then it rained on the way to my interview and because I was running late, I missed the whole 4/20 event (I don’t smoke but it kind of had to happen! …except it didn’t.)

I started wondering if I was making a huge mistake coming here alone, but persevered anyway. I was offered the job and it turns out it was one of the best couchsurfing experiences I’ve ever had! My host was a lot of fun and he runs a dog-walking business so I was more than happy to help out with his walks, which he also really appreciated! Plus, oh you know, the view from my “bed” was pretty nice too. 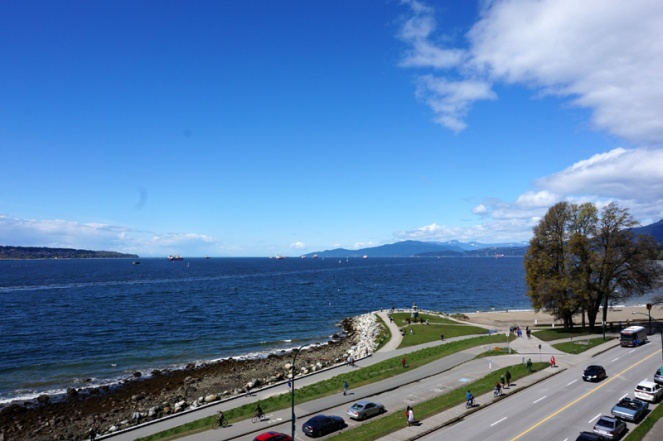 Eventually, after staying double the length of time I had requested, I moved into my new place, which is with a really fun gay guy and his son. My room is perfect for what I need, and I was happy to be able to unpack! 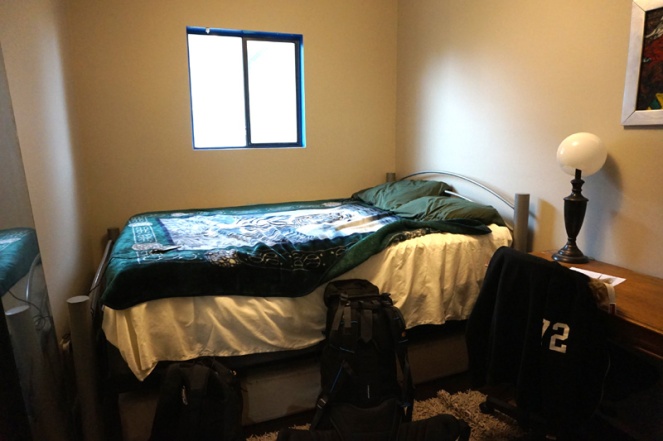 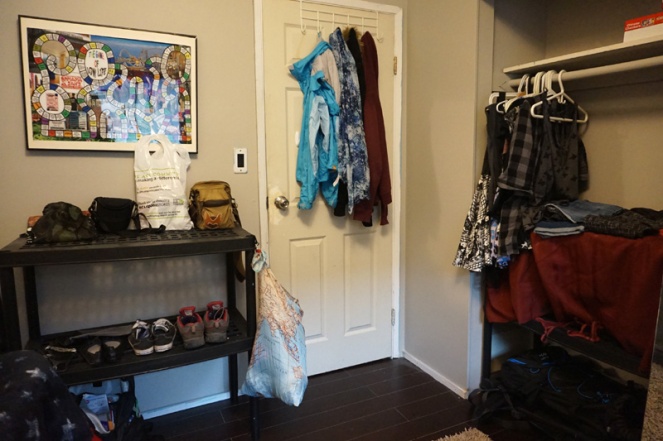 I also live in a great area – I had never heard of Commercial Drive until a friend mentioned it as being a cool neighbourhood; my host also backed this up. I’m 10 minutes on the train from downtown (and less than a 10 minute walk from the station), 30 minutes from work on the bus, and most importantly, I’m a 30 second walk from mofo’ing TIM HORTON’S so any weight I lose making 4,560 beds at work will be gained from hot chocolates and tim bits.

Work is going really well. I ended up being offered four jobs, including one in Whistler, but ultimately I had my heart set on a hostel in Vancouver, and thankfully that was one (actually two) of my offers.

This is the view approx. a one minute walk from my work. 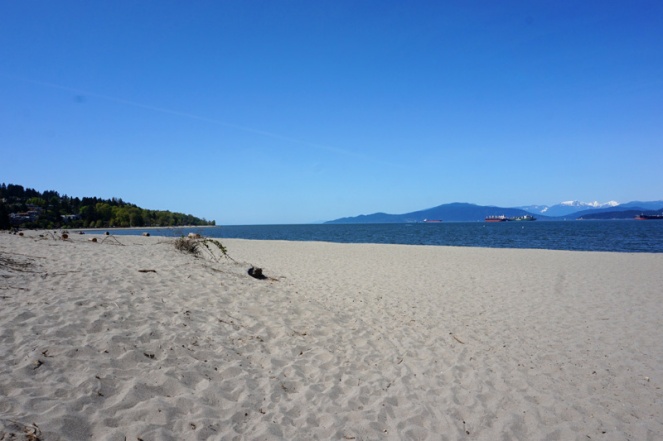 I have also been keeping myself so busy. I told myself I’d have a “normal” life in Canada. None of this rushing around trying to see the whole country on my days off.

Then we were handed these little books at work; the tourism challenge I mentioned before. It’s called a “tourism passport” and gives us free access for the whole of May to pretty much every tourist attraction in and around Vancouver, as well as neighbourhood challenges and extra bonuses. Everything you complete gives you a stamp, and if you get 20 stamps (15 of them must be from attractions) then you get a free tourism pass for the rest of the year.

If you get 40 stamps, you get entered into a competition to win a trip for two on the Rocky Mountaineer train to Banff.

Here are just some of the things I’ve been up to, mostly along with a friend from work who is just as crazy as me. 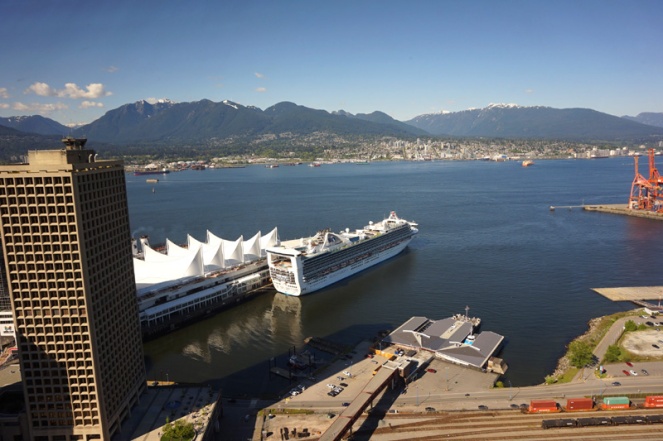 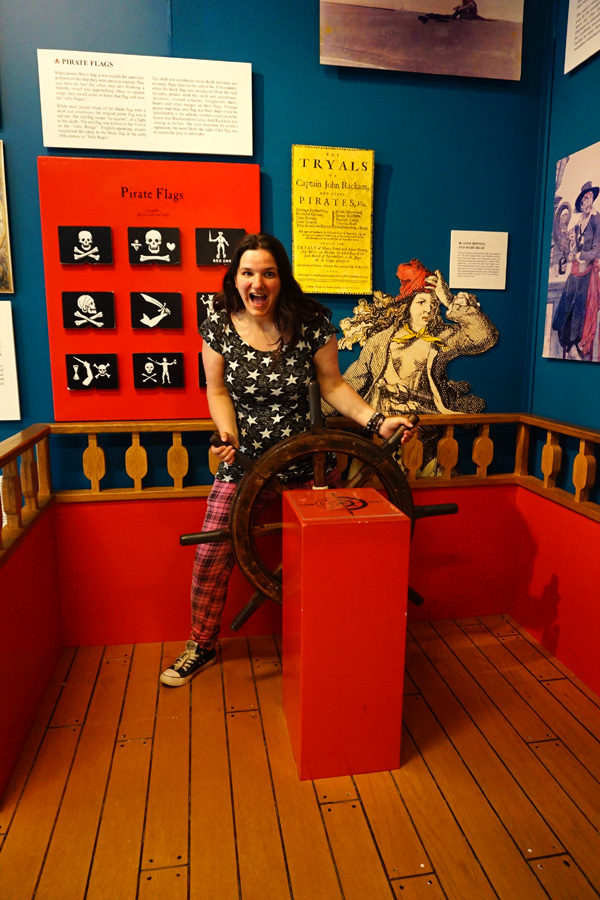 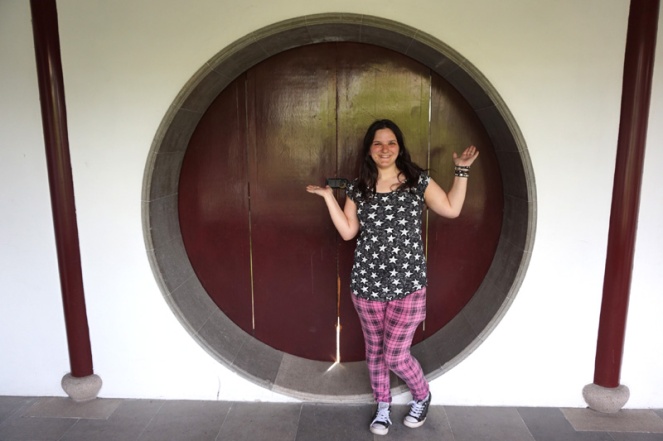 The Dr. Sun Yat-Sen Classical Chinese Gardens, where we decided these looked like hobbit holes. 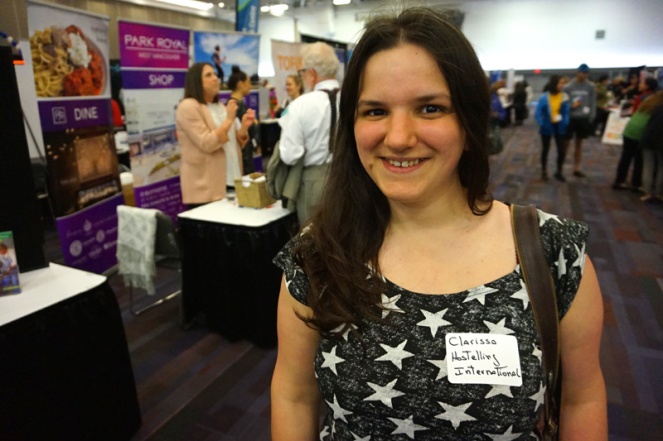 Accidentally ending up at a tourism showcase – which inadvertently earned us another stamp, and I even had a name sticker! We got free Pride hats and Yaletown bags among other goodies, and it was fun to walk around. 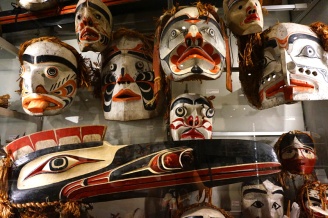 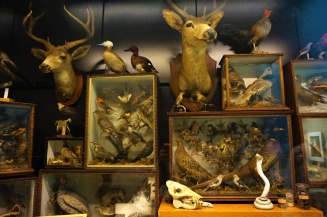 The Museum of Anthropology (super interesting!) and the Beatty Biodiversity Museum (super creepy… but also interesting). 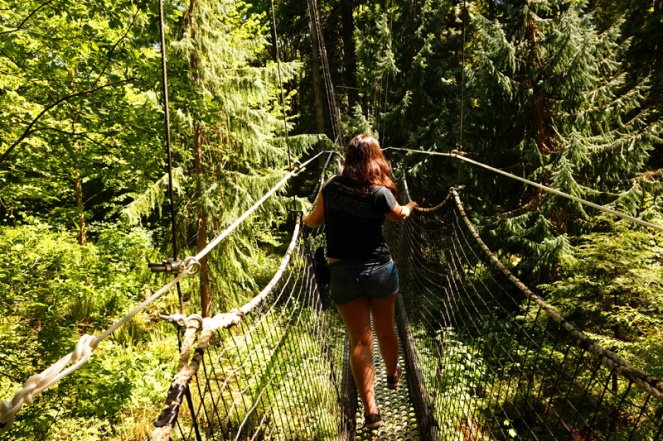 The UBC Botanical Gardens (not super interesting, but I loved the tree walk! Look how wonky I was with every step!).

But one of the best ones – I landed myself on a sold-out tour courtesy of my wonderful supervisor! She had booked this tour but then went and did all the activities on it with a friend anyway. So she gave it away to one of us, and I won!

The tour was to Squamish, half way between Vancouver and Whistler, and has shot up towards the top of my favourite places in Canada. 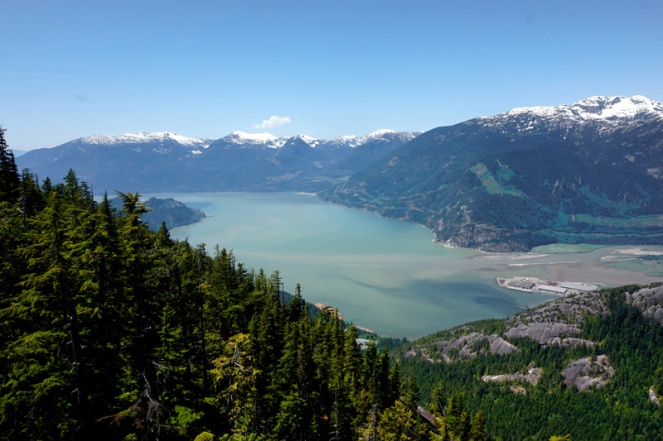 Not hard to see why.

I’ll be writing more about my time in Squamish soon! The tour also took us to the beautiful Horseshoe Bay, as well as a mining museum which although I wasn’t that interested in it, was a pretty good museum and we got to ride a little underground train with a hard hat on! Plus I went panning for gold and brought two tiny little bits home.

I’ll also be writing a guide to some of my favourite tourist attractions in Vancouver, because although I’d been to the city before, I had barely done any of the things in this book!

And even though I have all the stamps I need, there are still a few things I want to do, including the Vancouver Aquarium (consistently listed as one of the best in the world), the Capilano Suspension Bridge (which I have STILL never done because I refuse to spend $42 on a bridge!) and most excitingly, Science World are opening a Pixar exhibition this weekend which is worth TWO stamps. I have to pay for that one, but considering the value I’ve got out of the rest of the book, I think I can spare it! (Plus I was planning to go when it was first announced anyway!) 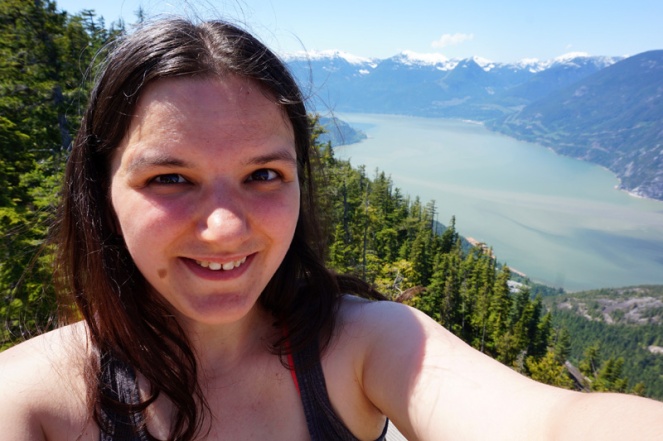 Plus I’ve been to Seattle and Whistler somewhere amongst all of this, so all in all it’s been a pretty busy first month, eh?!?

I’m really excited to see what the next few months bring. I know it’s gonna be really tough without Ash, but I think we’ve got this, and we’ll have lots to look forward to when we next see each other! (Great American Road Trip, anyone??!)

So bring it on! This summer is gonna be awesome!

19 thoughts on “A Month In Vancouver: An Update On My Canadian Life”