Mount Sunday has been on my New Zealand list for a while, and for one reason: it’s the site of Edoras, the town of the Rohan people in Lord Of The Rings. 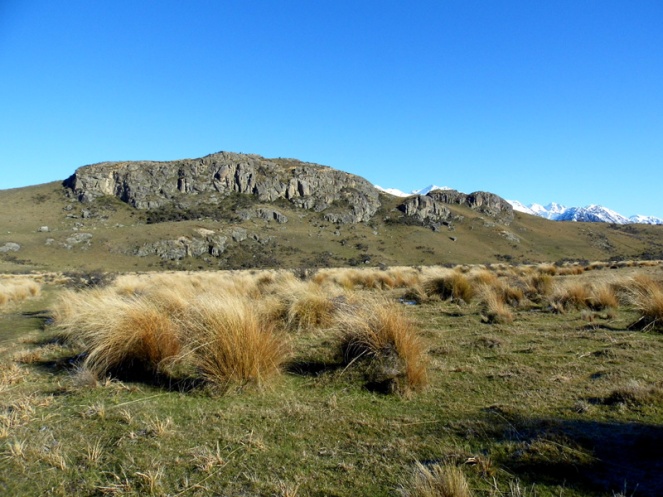 So when a couple of German backpackers posted in the New Zealand backpacker Facebook group asking if anyone had any suggestions for going on a little adventure from Christchurch over the bank holiday weekend, and whether anyone would like to join them on it, I immediately jumped in and suggested Mount Sunday.

After a little to-ing and fro-ing (they wanted to go on a camping trip, they weren’t sure if a day trip would be long enough for the two/three hour journey, they had never really heard of it and they had some other places in mind), they were convinced. They admitted later that, this one being my main concern, camping would have been a killer in the New Zealand winter in the middle of some mountains. Though I suppose it’s nothing the hobbits haven’t done.

But we are not hobbits, and so we left early on Sunday morning (ha! We went to Mount Sunday on a SUNDAY) and set off towards the mountains. 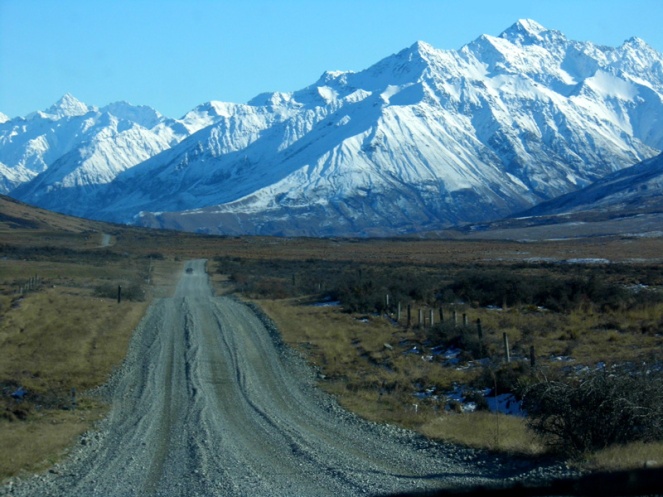 Then we got there, and it was phenomenal. 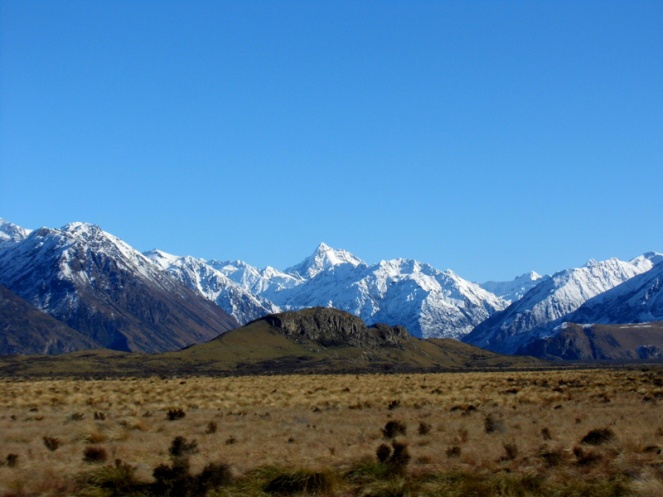 There lay the city of Rohan, sitting pretty in the middle of its epic surroundings without a care in the damn world.

It’s worth noting that the last part of the journey is off-road, and although we managed to get there and back with no problems in their little estate car, it might be worth plucking for something a bit more robust for this part of the drive.

We stopped at a beautiful little lake on the way, too, because it was New Zealand so of course we did. 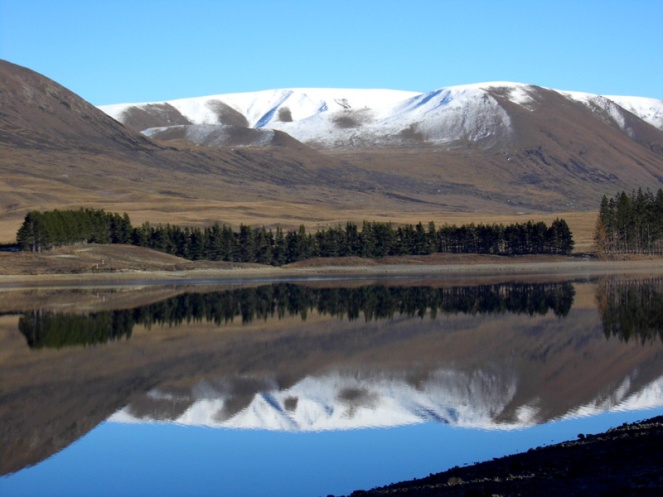 And then we climbed Edoras. A few years ago, there was no path at all and you had to cross the wide streams with a lot of caution. Now, despite the fact some of it is on private land, a rough path (much of it not really a path and simply markers to show where you should be going) and bridges have been built to allow Mount Sunday to be a whole lot more accessible. 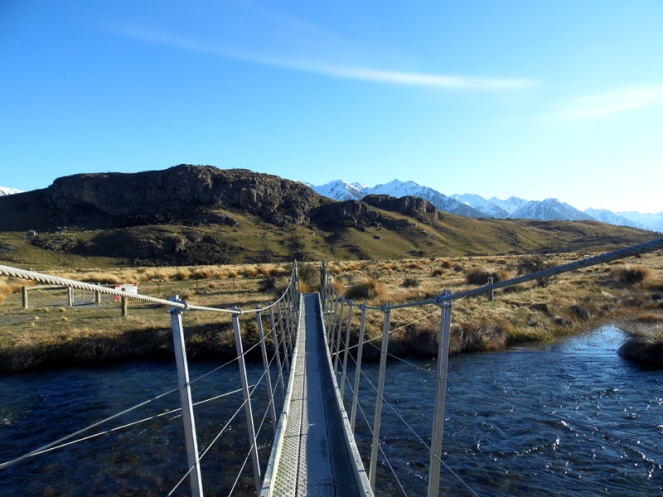 Despite this, it wasn’t busy at all. This was a bank holiday weekend, in what I’m going to say is one of the most beautiful parts of New Zealand (at LEAST in the top 5), and only occasional groups of people interrupted our isolation.

Before we’d even got to the top, we found a huge boulder to climb, and I took great pleasure in clambering up and then standing on the edge shouting “THEY’RE TAKING THE HOBBITS TO ISENGARD!!” And then the boys being boys, decided to claw their way up the grass to the path above. Meanwhile, I started after them and quickly jumped ship to the actual path. Only one of them beat me, and I don’t know how he did it because that hill was STEEP.

Unbelievably, the top was even better. This was helped by the fact a small tour arrived shortly after with the guide giving lots of information about the filming of LOTR on top of the rock; where particular scenes are, how the set was built, and then one of them casually started posing with Aragorn’s sword. 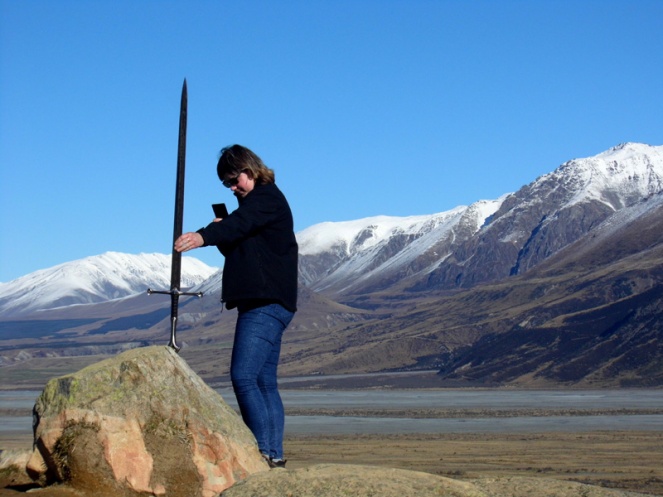 Aragorn’s. Actual. Sword. Had I not known how expensive that tour is and what comes with it, I probably would have asked to hold it. But I didn’t want to ask people who have paid a lot of money for that privilege. (If you’re interested, you can get the tours for around $150 from Christchurch – but that’s only if you get the best deal on bookme. Full price is $255 with Hassle Free Tours!!)

But then there was the actual view. I kid you not – we spent probably at least an hour up there, and I could have easily stayed longer. It was the very real definition of stunning. 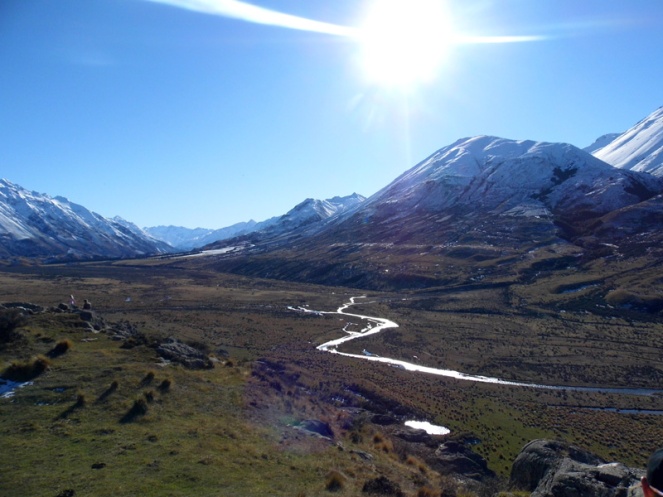 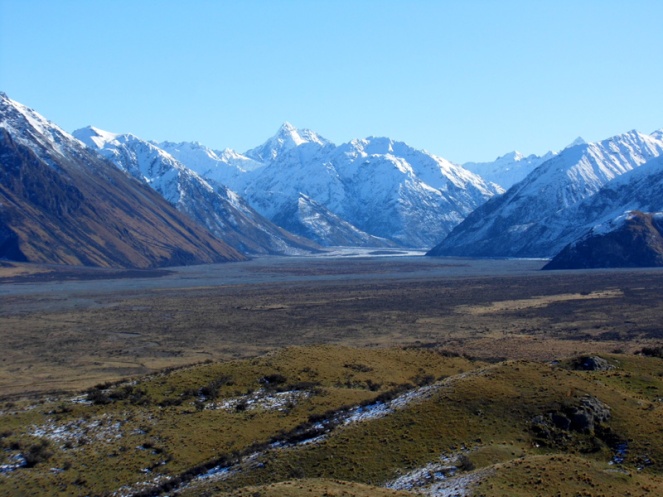 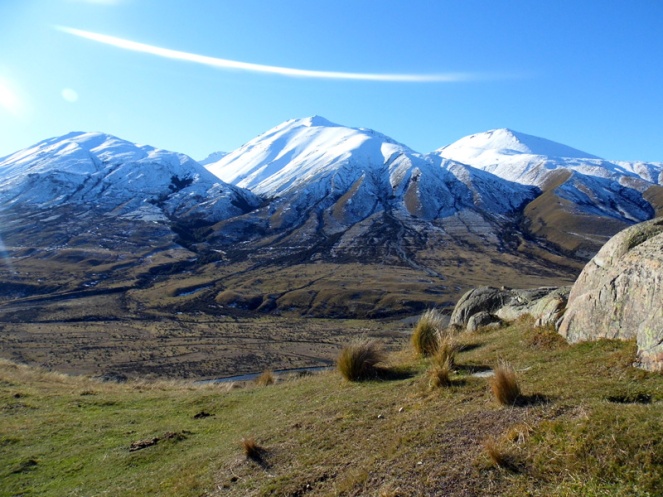 I got one of my best scenery shot poses of all time. 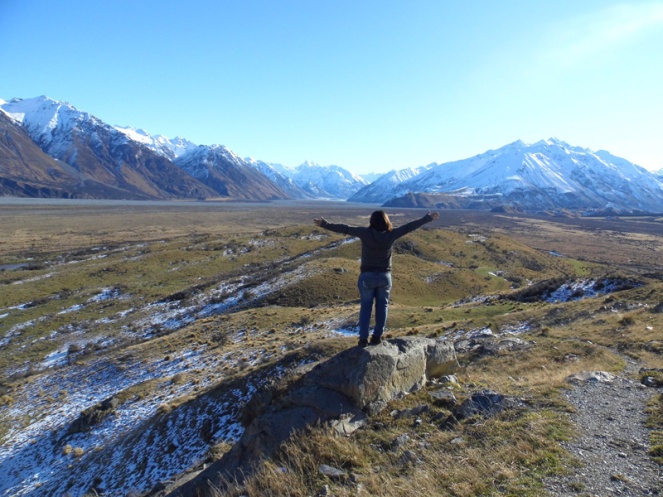 The weather could not have been more perfect.

And I got to geek out! (“that’s where Eowyn comes running out and Aragorn rides up!”) Even looking around below, you could just see Gandalf, Legolas and Aragorn (and Gimli!) galloping across the fields.

Even though none of the set from Edoras is actually there any more, it was so instantly recognisable. 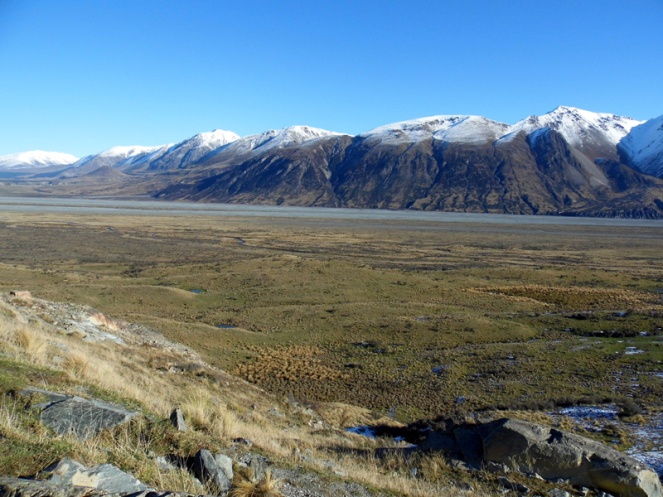 But now I laugh at the fact that’s the only reason I wanted to go there. Because it is absolutely breathtaking, and well worth a visit on its own merit. The guys weren’t even particular Lord Of The Rings fans, and having lived and travelled in New Zealand for a few months, said it was probably one of the best places they’d visited.

In case you’re wondering, it was very easy to do in a day from Christchurch, too! It’s a long day; the drive is around 3 hours each way, but bear in mind the last half hour or more was on a gravel track and we weren’t in a suitable car so we had to drive pretty slow.

Plus the drive itself is pretty as hell, so it doesn’t feel that long!

Seriously, just go there. I have nothing else to say, because the pictures say it all for me.

Want to read more about our New Zealand trip? Here are some of the highlights:

⭐ There And Back Again: A Day Out To Hobbiton
⭐ 20 Things To Do In Rotorua
⭐ Museums, Views & More Hobbiting Around In Windy Wellington
⭐ North Island To South Island Journey In Pictures
⭐ Christchurch: A City Rebuilding Itself
⭐ Is Wanaka One Of The Most Picturesque Places In The World Or What?
⭐ Rainbows In Queenstown & The World Milford Sound Cruise Ever 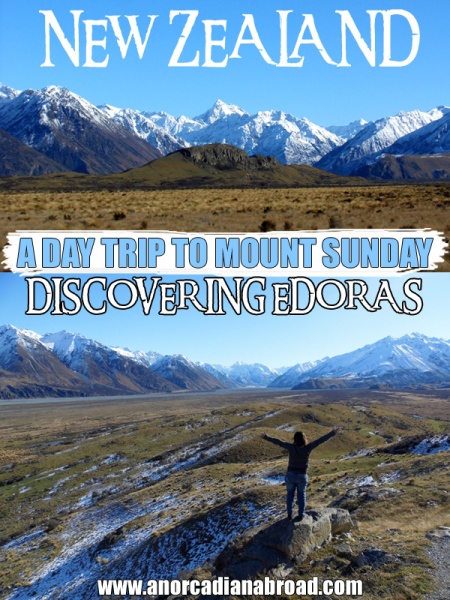 56 thoughts on “A Day Trip To Mount Sunday: Discovering Edoras”