Although Cairns was the “last point” on our east coast Australia road trip, we wanted to venture a bit further into the far north Queensland. After all, Cairns is surrounded by some of the best scenery in Australia, from beaches, rainforests and the most famous waterfalls in the country.

We left Cairns fairly quickly – in total, we spent less than three days in the town before continuing our journey north to Port Douglas and the Daintree national park, eventually planning to hit Cape Tribulation.

The drive was a stunning coastal road most of the way up (no pictures unfortunately, as I was driving!), and we had time for a quick pit stop in Port Douglas before heading to our campsite for the night, which involved another really fun drive, this time winding up a mountain and into a slight valley in the middle. Here’s a view from the top.

Our first stop was Mossman Gorge on the edge of the Daintree rainforest. I wasn’t in the best of moods for some reason, and when we got to the information centre, all the signs said we would need to take a shuttle to and from the gorge for almost $10 return, otherwise we could risk walking ourselves along a narrow road where the shuttles can barely pass each other.

I was up for walking. Ash was not – he was convinced it would be dangerous. We argued. I won.

Don’t let the signs put you off. It is blatantly a ploy to get you to take the shuttle.

Let me tell you: the walk is short (I think it took us around 15 minutes), the road wide enough for you to get out of the way and it’s very easy to find and follow. It’s not a problem at all.

We got there to find a huge coach tour of people overrunning the place, and I got more annoyed because apart from the fact you don’t want to have to enjoy a small space of nature with 100 other people, I couldn’t take any pictures that didn’t look like this. 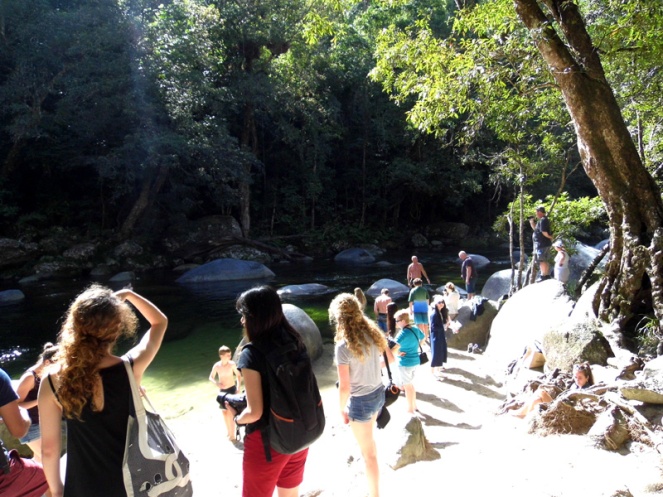 We went up to the suspension bridge for a quieter view over the gorge, watching some of the backpacker tour swim in the dangerous currents that you’re advised not to swim in (they had a guide with them so I suppose it was alright…?), and by the time we came back down, the crowds had cleared considerably. 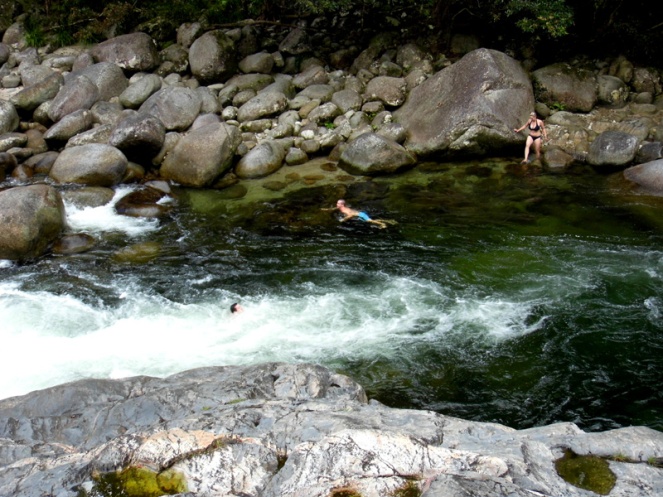 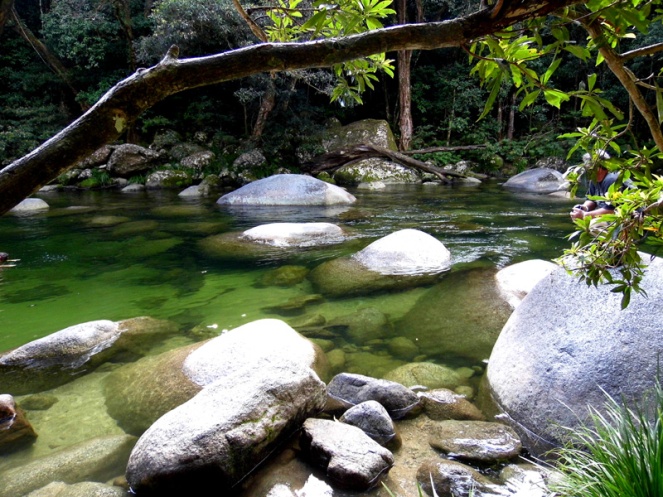 I took far too many pictures of partially submerged rocks in the green water, and the light coming through the trees was lovely.

Our journey through Daintree continued on towards Cape Tribulation, the most northerly point of Queensland that you can drive to without a four wheel drive, right up until we had to cross the Daintree river. What we didn’t realise, because we hadn’t read anything about it anywhere, was that you have to pay a considerable amount of money to cross on the ferry (as an aside, we went on a car ferry across a river in Victoria which was free).

I realise that we are probably very stingy, though my mood probably didn’t help, but we didn’t want to pay $25 for a crossing that would take under 5 minutes. That’s only $6.25 each per way. But was Cape Tribulation really worth it? We may never find out.

Instead, we decided to head back to Port Douglas, as we now had time to explore it properly rather than just sit on the beach. And I am so glad we did!

It turns out that Port Douglas is probably one of my favourite places in Australia!

The seaside town is made up of about two main streets, and they are oozing with charm. Where Noosa prides itself on upmarket stores and expensive restaurants, Port Douglas gives you reasonable shops and affordable cafés. It holds cane toad races and there is a fish & chip shop that gives everyone called Dave 10% off and there are really great looking bustling pubs. 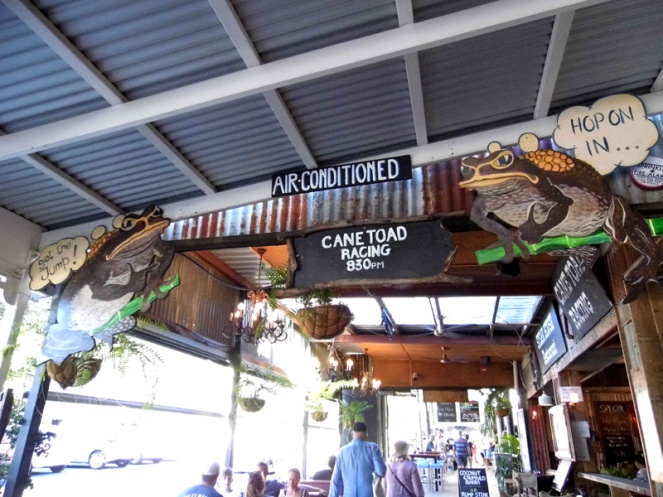 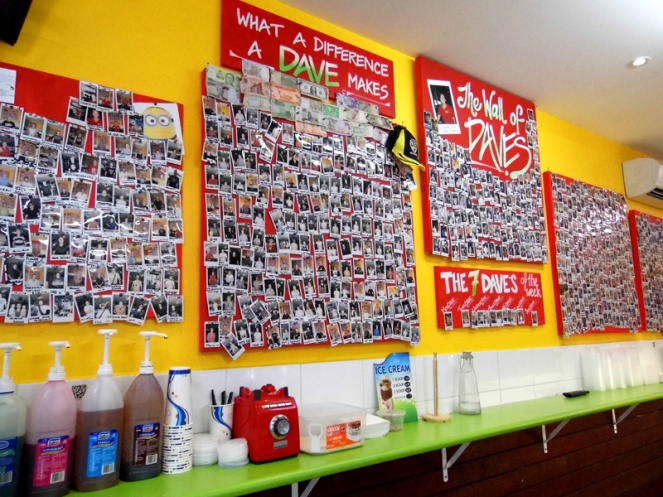 We could have happily spent at least a couple of days here, so we were sad when it was time to leave after a few hours and head back to the campsite. Plus I really wanted to see the cane toad racing!

The following day, we were headed south again to eventually end up back where we started in Brisbane, except we would drive inland from Cairns, through the Atherton tablelands. Not only are the tablelands themselves pretty beautiful, but they are home to some of Australia’s best waterfalls. 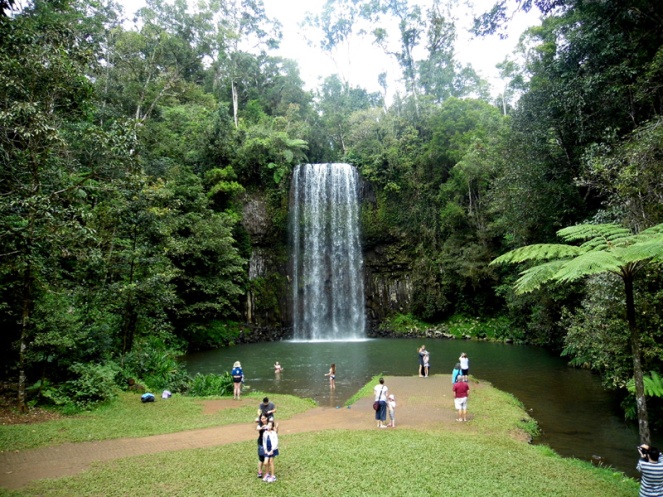 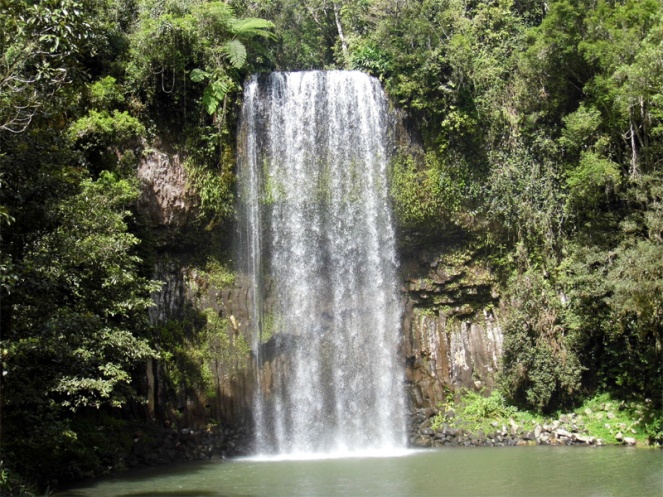 Millaa Millaa is the one that everybody goes to. It’s where Peter Andre filmed his music video for Mysterious Girl (ugh) and it’s where everyone gets their picture taken flipping their hair out of the water (I did not).

Next we went on to Zillie Falls, which I’m sure is very pretty, but we only viewed it from the top and it was a little underwhelming. In hindsight we probably should have taken the walk down to the bottom. It was okay.

When we rocked up to Ellinjaa Falls, it kind of felt like we were just doing the rounds for the sake of it. Everyone knows what Millaa Millaa looks like, but like most people, we hadn’t heard of the “waterfall circuit” (the three waterfalls here), so why should this be just as good? 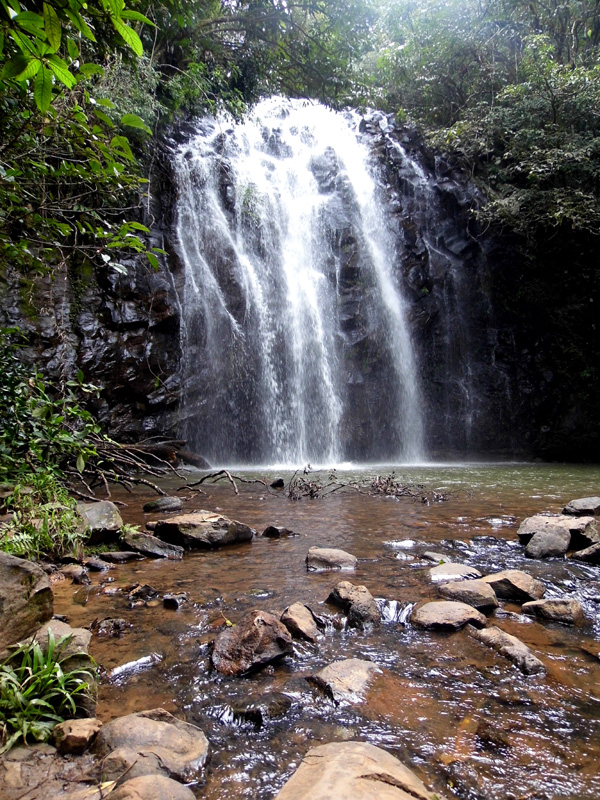 I don’t know if it’s the way the water spills down in different directions, or the bold lava columns behind it. It’s just a really striking waterfall.

So that was it. Our road trip was virtually complete, with just a few odd stops on the home run. To say it had been pretty epic would be an understatement! We had such a good time on the journey, even on a limited budget, that we started planning more Aussie road trips for the future – Queensland outback, Western Australia from Perth to Broome, the red centre from Darwin to Adelaide via Alice Springs… it could honestly never end!

But the east coast is a great option for backpackers, and a perfect first road trip because it’s so well populated and there’s so much to see. Where Western Australia is supposed to be mindblowingly beautiful, you can also drive for a day without seeing anyone. The outback, of course, is even more desolate.

But for now, this road trip was a fantastic experience!

Have you taken a road trip in Australia? Where have been some of your favourite spots?

Want to read more about our east coast Australia road trip? Here are some of the highlights:

⭐ Driving On Beaches & Swimming In Lakes On Fraser Island
⭐ All Aboard The Freight Train: Sailing The Whitsundays
⭐ Cairns and Snorkelling The Great Barrier Reef
⭐ Spotting Wildlife In Mackay: Platypuses And Kangaroos At Sunrise
⭐ Starting Our Australian East Coast Road Trip In Noosa
⭐ I Thought Magnetic Island Was Supposed To Be Sunny 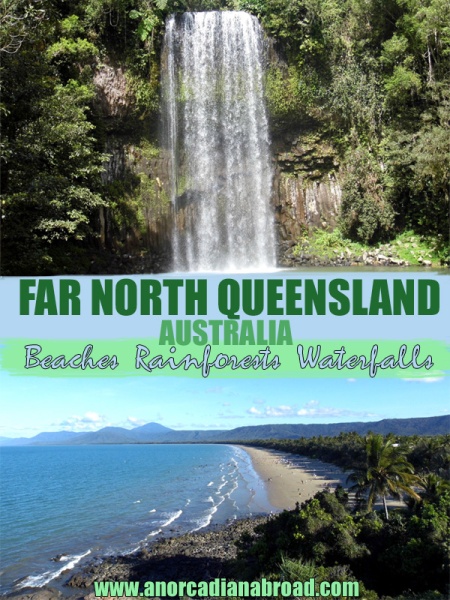