While I think I lived my 20’s right, it was far from perfect; my 20’s can be split fairly evenly down the middle, separated by “shop” and “after shop” (or “pre-travel” and “travel”!). You see, at 20 years old I found myself with keys in my hand and a lease in my name for a freaking business. An actual brick-and-mortar high street shop. There is naturally a long story behind this, but this crazy life-changing event was the catalyst for many things in my life, both very good and very bad.

Even crazier – the shop was literally the other end of the UK to where I grew up.

At 25, I sold the business on, and resumed my life that I had been planning for years. It meant I went backpacking 5 years later than I meant to; but it also meant I went backpacking with more purpose and a lot less naivety. I feel like this can only be a good thing. Since then, I’ve lived and worked in Australia and Canada, and travelled around at least 12 of the (almost) 30 countries I’ve visited.

A very small dip in the ocean, but when you consider two of those were very long-term, it’s not too bad. The thing is, I’m glad I did working holidays while I could. I still have time to get a work visa for New Zealand should I find myself wanting one, but at this point I am sort of sick of arriving in a new country, figuring out bank accounts and tax, getting another temporary job (which I’ve been doing each time I return to the UK, too), and then worst of all, saying goodbye to the hundreds of people I’ve met and worked with.

No, I am ready for routine – because if there’s anything that merges the two stages of my 20’s together, it’s that I haven’t had ANY.

So that is my main plan.

Settle down in Edinburgh, and begin my 30’s broke.

But I have lots of other plans too, and most of them obviously involve travel.

In an attempt to make up for the fact I haven’t travelled to more than two or three countries per year since 2016, I will be aiming to hit up at least five new countries this year, and more than that altogether.

It’s hard to plan anything exactly, because we don’t know where we’ll be financially in three months, let alone six.

But here are some that are on my very scribbled agenda:

I can’t remember the first time I saw a photo of Kotor Bay, but I have pined for Montenegro ever since. Every single photo draws me in and I breathe in every word I read about it. I worry about how popular it’s becoming, because I definitely saw that photo of Kotor Bay, umm… “before it was cool”, and I worry that I’ve missed my chance to see it for what it is. But realistically, lots of places are suffering from overtourism, and I don’t think Montenegro is high up on that list. I think it’s definitely still got an explore factor left in it.

While Montenegro has been top of my Europe list for quite a while now, it makes sense to incorporate a whole trip of the Balkans. And that means Croatia is next on my list, because while it’s been growing uncontrollably in popularity in recent years, I still firmly believe it’s worth visiting.

Possibly in the same trip as above, or possibly not, Ljubljana and Lake Bled have been on my list for quite a while too. The fairytale photos of Lake Bled is probably one of my favourite views of Europe, and I’ve never heard a bad word about the capital. So it’s about time I went and checked it out!

Can you believe that I have STILL NEVER BEEN TO IRELAND?!? I was actually supposed to go back in November, and even though I managed to get back to the UK in time, it just didn’t work out. So, Ireland is a must for this year! If I get to nowhere else, I WILL get to Ireland!

I really have no idea if Japan is just a pipe dream for 2019, because the reason it’s been stuck at the top of my bucket list for so many years while I haven’t even tried to plan to visit it, is because it’s a country I want to get RIGHT. It’s a country I want to spend money on. It’s a country I don’t want to pass through because it’s convenient; I want to make sure I have quality time there doing all the things on my list, rather than say “oh we can come back another time to do that” (because inevitably even if I make a huge list and cross everything off, the list will double in the time we spend there, so we’ll definitely be saying that anyway; we don’t need EXTRA things, for heaven’s sake!).

But I know it’s an expensive country, and that’s why I put it off for so long. And I fully expected us to be settled into full-time-job life by now, and kind of hoped we might finally make it there this year. So the fact we’re not makes this a questionable goal – but you never know!

That said, I have a lot of plans closer to home, too. 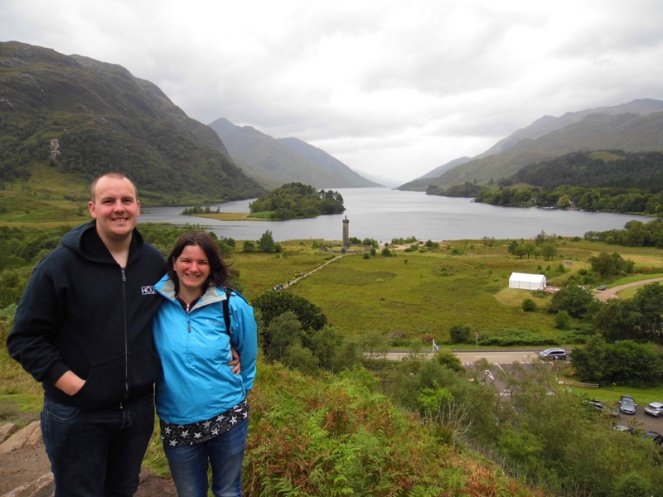 Living in Edinburgh will make the rest of Scotland infinitely more accessible than it was from Orkney. Hey, remember when I said that 2017 was going to be all about exploring Scotland, and then I worked a summer job that barely allowed me time off, so I… didn’t? We spent five days road tripping through Loch Lomond, Glencoe and Loch Ness, we dipped into Stirling Castle and Dunblane for a day, and… well, that was it. I DID explore a lot of Orkney though, so it wasn’t all a waste. (Before I had my quarter life crisis and went to volunteer in a hostel in Portugal. And go on a romantic break to Venice with my mum. Sometimes I think my life is a little strange.)

So this year, I plan to do EVERYTHING I’ve been meaning to do for years – including lots that most visitors to Scotland do on their first visit! (Isn’t that always the way?)

Here are just a few:

I’m sure I will find lots to explore in and around Edinburgh, and I’m also looking forward to visiting Glasgow as a “tourist” rather than just to visit friends. Something tells me I’m going to have a LOT of busy weekends this year!

Except that it sure is going to be an adventure!